Tyres for cars: 10 Most Expensive Tyres In The World 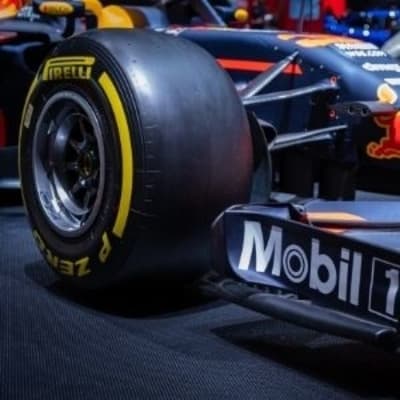 They are bold and they are beautiful…and boy, are they expensive! I am talking about tyres.

Tyres in black, which grace high-performance cars and utility vehicles, and ensure superior road safety and comfort, are valued for their innovations in technology. In the radical and dynamic landscape of the auto world, new tyres are launched no sooner than a new vehicle makes its mark into the market. While vehicles often lead the path to innovation, tyres too show the way forward, quite literally with their path-breaking technologies.

Tyres have evolved dramatically since the days when Robert William Thomson developed the pneumatic tyre back in the 1800’s. With seasonal tyres introduced such as winter tyres, summer tyres and allseason tyres. New tyre technology today focuses on making tyres safer, better value for money, more performance oriented and even more environment friendly.

There is now more competition than ever with big tyre brands such as Dunlop tyres, Pirelli tyres, Goodyear, Continental and Bridgestone to name a few and smaller tyre brands such as Nexen tyres. With more competition mean more technology advances. And quite often, the price we pay for technology advances are price rises on products. Tyres that you and I buy for our cars are more expensive today than what they cost a few years back. No doubt for a high performing tyre it is hard to think that it is reasonably priced. But those prices are nothing compared to the cost of some tyres. These are easily the MOST EXPENSIVE tyres in the world.

What’s special about them and how much do they cost? Let’s find out. Say hello to the 10 most expensive tyres.

The tyres on this gigantic front loader are THE most expensive tyres in the world. 4m in diameter, with a tyre size of 1.8 in width and 6.8 tonnes in weight, these black beasts cost a whopping $63,000 each! But why pay a price like that for a front loader? – You might ask. Well, that is because it is the world’s biggest earth mover!

I wouldn’t expect to see a flat tyre on one of these!

This heavy duty utility vehicle is powered by super powerful Michelin 59/80R63 XDR tyres that can carry very heavy loads. These 4x4 tyres weigh a mammoth 5.3 tonnes, and cost $42,500 each.

3. Tyres for the Bugatti Veyron

The Bugatti Veyron is a designed and developed by Volkswagen and is capable of sustaining speeds of 406km/h. For a high-speed machine such as this one, only a Michelin tyre can work that magic. Michelin Pilot Sport PAX (run flat) 245/690 R520 tyres in the front and 365/710 R540 rear combine perfect tyre pressure with a unique pattern to grace the Bugatti Veyron majestically.

These tyres cost $10,000 each, very expensive for commercial car tyres!

Once again a Michelin creation, these space shuttle single landing tyres are priced $5500 per tyre fitted. They weigh 56 tonnes and are pumped with nitrogen gas. The landing tyre can run at speeds of 420km/hr. Surprisingly a space shuttles front tyre is not much bigger in size than ordinary truck tyres!

Made by Goodyear and Firestone, each monster truck tyre is hand cut and takes up to 50 hours to be built.

To support the Monster Truck’s particular driving style, these tyres are built to a specific size – 2.6 m in height and 1.7 m in width. Are you really surprised that such specialised tyres would cost $2500 each?

This wide-bodied commercial airplane’s tyres are equally expensive. At 110 kg, with a diameter of 2.1 m, 18 such tyres grace this Queen of the Skies and each tyre costs $2000. Now you know why airplane tickets are expensive!

The hallmark of vehicle and tyre technology is the Formula One. These high-speed mini giants require almost 20 tyres in a single race. Because Formula One tyres need to support high speeds, their wear resistance capabilities are quite low however new technology is always being designed to allow them to go the extra mile.

Typically race tyres are meant to last just 200 km in their entire life cycle, after which they are usually recycled. Each Formula One tyre costs about $1500. Tyre manufacturers such as Bridgestone and Pirelli are amongst the leading manufacturers in this niche market, supplying drivers such as Nico Rosberg and Lewis Hamilton.

To celebrate its 50th anniversary, the Lincolnshire Road Transport Museum, ordered special tyres to grace this old world automobile. Specially made in the USA, each tyre cost $800.

This engineering marvel is equipped to accelerate from 0-60 mph in 2.9 seconds. The car is fitted with tyres that are capable of lasting for over 30,000 km. No wonder they cost $150 per piece. With a high performance car like this they are worth the extra cost. To know about the latest 2014 Porsche Panamera Turbo S, click here.

These Silane tyres weigh only 230 grams and have very low rolling resistance. It’s a great tyre for trying conditions and is a favourite with triathlon professionals. Each tyre costs $150.

So, the next time you have to fork out money for a new tyre…do it with a smile. You know, there is someone out there paying $150 to $2000 to $10000 for their tyres. That knowledge would be strangely comforting. Since this article was produced, there has been a ‘new’ most expensive tyre. Read more about it in our tyre guide.

Who would have thought that a simple tyre would be so expensive! The truth is that tyres are the only object between you and the road, and they have a dramatic effect on your cars performance. This is why tyre manufacturers are constantly putting tyres to the test at test centres around the world, trying to optimise performance and come up with new and intuitive technology.

The next time you are booked in for an MOT test or need to go to a garage such as National, Kwik fit or Halfords for a puncture repair or wheel alignment, it may be worth investing in some new tyres whilst you are there. Luckily for you though they won’t be as expensive as the tyres on this list.

Did you enjoy this blog post? |
42 people found this review helpful