6 Warning Signs that you need to Change your Car Tyres

As with any product which has a shelf life, tyres too get old and tired after considerable use. Worn out tyres, if used can often prove catastrophic on the roads because they can cause cars to spiral out of control. Also, tyres not performing optimally and which should have been retired from service also increase the chances of getting stranded in the middle of nowhere. It is important to continually check the safety of your car and tyres, especially in winter conditions.

While having a spare tyre does help sometimes, overall the risks of using tyres that are way past their ‘usability’ period are high. Therefore, it is always good to know when your tyres need to be changed. 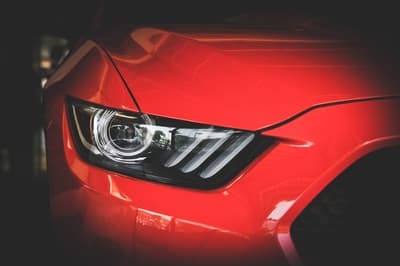 And frankly, it is no rocket science. Your tyres themselves will give you those tell-tale signs that it is time to bid them adieu! You just need to be able to recognize these warning signs. Here are 6 of them.

One of the foremost indicators that your tyre is now ready to be dumped is when it loses its tread depth. Frankly, many people do not even know what the tyre tread is, let alone understand what is tread depth measurement. If you belong to this group, read the next sentence extra carefully. Maintaining the recommended tread depth on your tyre is important because the loss of tread depth reduces grip and traction on the roads, and eventually compromises safety while driving.

How to Measure Tyre Tread Depth

When the tread depth is less than 1/16th of an inch, these indicators show up. When the tread wear bars are visible in two or three different areas on the tyre, especially less than 120 degrees apart on the circumference, it suggests that your tyres need an immediate replacement.

In the UK, driving on tyres below the recommended tread depth is an offence for which you can be prosecuted. Keep on the right side of the law!

2. Cracks on the Sidewall

No matter how expensive your tyre is, the day you notice those damaging cracks on the sidewall, you should start contemplating purchasing new tyres. Cracks on the sidewall occur because over time the oils and chemicals in the rubber compound, that so long kept the tyre intact, gradually evaporate or break down due to overexposure to UV rays of the sun. Also over time, the rubber loses its tightness and cracks begin to appear.

Cracks on the sidewall indicate that the tread is now drying out and giving way.

Driving with cracks on the sidewall could also result in the tread separating mid-way or it might result in a possible blowout while on the move.

A sure shot way to know that your tyre is now in the last phase of its life cycle is when you discover slits, bulges, blisters or even holes on the tyre surface. Fissures and slits are dangerous because let the air in the tyre escape, causing the tyre to deflate naturally. Even if you cannot detect the leaks yourself, but you feel that the tyre is losing air, it’s time you took the tyre for a professional check-up at the local service station.

When you notice too much vibration in your tyres while driving, it most likely indicates an alignment and/or balancing issue. Excessive tyre vibration is not only tiresome, but can also impair driver judgement significantly and cause accidents. If vibration is left unattended over a long period, tyres sustain excessive and uneven wear resulting in premature removal. Though tyre vibration per se, does not indicate that the tyres need to be changed, it is best to investigate the matter and get it resolved.

When tyres produce those weird noises, it suggests that they are crying out for help! As dramatic as this may sound, this is the truth about tyres. They too know when to make the right noises, which however unfortunately often go unchecked and even unnoticed!

A tyre that is whining, thumping and even getting squeaky, is actually shouting out for a change. These noises are also an indicator that the tyres are not aligned properly, or that its tread has been damaged. So, next time you hear those uncomfortable noises, check the wheel alignment and if needed, get those tyres replaced.

Ideally, by 5 years a tyre begins to show signs of serious wear and surface damage. Its chemical structure begins to deteriorate during this time, which affects the performance of the tyre.

Always check the manufacturing date of tyres when you buy. This date is usually a four-digit number mentioned on the sidewall. The first two numbers indicate the week when the tyre was manufactured, while the remaining two digits indicate the year of manufacture.

Checking for these cautionary signs at least fortnightly could save you investing extra time and effort in repair, and most importantly could avert a serious accident from occurring. If you enjoyed this article make sure you keep checking our blog section, where you can read a number of our other blog posts such as the ten fastest cars in the world or our Top Gear debate.